CASTLE ROCK CHAMBER OF COMMERCE: As Castle Rock looks to evolve beyond a bedroom community, the old town dump will be key 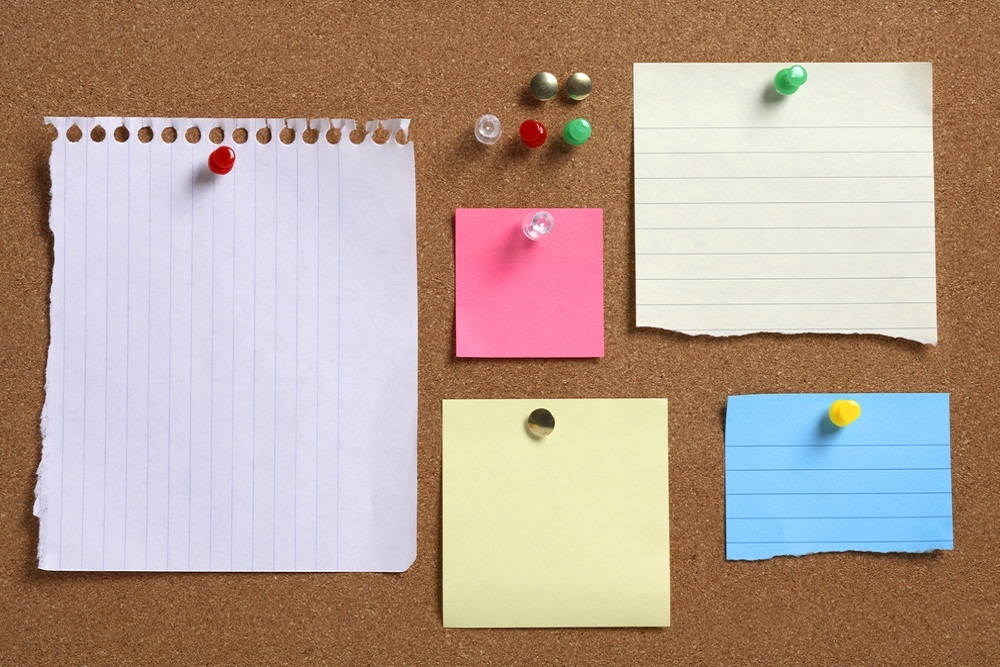 In plain terms, Castle Rock is a 145-year-old town and the historic county seat of fast-growing, Denver-adjacent, but still largely rural Douglas County.

When looked at through the lens of economic development, Castle Rock might best be described as a recent college grad. It’s got tools and potential. Now it’s time to find a job. Or, in this case, jobs; thousands of them, ideally.

“We’re at about 70,000 residents, according to Census data, and 80 percent of our workforce travels outside the community for their jobs,” Marcus Notheisen, vice president of the Castle Rock Economic Development Council, said last week.

With a population expected to balloon to nearly 140,000 by the time the town is fully built out, the concern is that the bedroom community model is not sustainable, no matter how many lanes are added to Interstate 25.

“We really want to solve some of the commuting and some of the primary employment and job creation issues,” Notheisen said.

The springboard Castle Rock hopes to use to vault into its next phase is the former town dump. And the dump’s time is ripe.

Nowadays, the former landfill and surrounding land is known as Miller’s Landing. It’s a 65-acre redevelopment opportunity nestled in the northwest nook of the busy I-25 and West Plum Creek Parkway interchange, walking distance from the town’s Philip S. Miller Park, a multi-million-dollar playground complete with recreation center, zip line course, challenge hill and a public amphitheater that will host The Fray next month.

Tapping into $20 million in bonds backed in part by a sales tax share-back plan the Town Council approved in 2017, the master development team behind Miller’s Landing trucked 140,000 cubic yards of waste off the property earlier this year. Come August, that team — led by P3 Advisors — plans to put the rest of its bond money to use building out roads, sewers and other infrastructure and preparing pad sites for commercial development.

With a 90-foot height limit covering the property, P3 and partners are eyeing corporate campuses, medical office space and other commercial builds that could accommodate ground-floor retail and food and beverage options. The first and perhaps most pivotal project, set to be developed by Milwaukee-based Summit Smith Development, will be a 300-room, full-service hotel with meeting and ballroom space for corporate and community events. It is expected to break ground in early 2020. It could be hosting guests by late 2021.

“It’s been four years of having a mountain lion by the tail,” P3 managing director Shawn Temple said of the landfill-turned-key to Castle Rock’s economic future. “We’ve removed that albatross from the property so that the market can take advantage of this great location.”

Temple, who moved to Castle Rock in 2016 with his family to oversee the complex project, credited town leaders for creating an urban renewal authority plan in 2013. That plan dictates property taxes generated by development on the property will go back to the property owner until June 4, 2038, town officials said. Without that incentive, Temple said he believes the property would still be held hostage by trash.

Temple is acutely aware of Castle Rock’s car-bound workforce. He and his commercial brokers might trumpet the traffic passing by Miller’s Landing on I-25 as a positive in marketing materials — 99,000 average car trips per day between Wolfensberger Road and Plum Creek Parkway, according to the Colorado Department of Transportation — but he’s fine if his property gives more people the option to stay in town.

“We have 16,000 to 18,000 very talented people living in town who are commuting that want a work-life balance that this site will afford,” he said.

Miller’s Landing is not the only major commercial development site in town. On the north end of Castle Rock, the 166-acre Promenade at Castle Rock retail megaplex is about 70 percent built out four years after getting started, according to Bill Detweiler, the town’s director of development services. The project, a beneficiary of a North Meadows Extension I-25 interchange that opened in 2016, is home to two mammoth grocery stores — a Sam’s Club and King Soopers — that feed a populace that Detweiler says is growing by about three families per day.

Castle Rock’s population stood around 21,000 people in 2000, according to Census Bureau data. The town has hardly grown in a vacuum. Colorado has added nearly 1.5 million people in the last 20 years. Douglas County was home to 175,766 people in 2000. The county demographer now puts that figure at more than 358,000 on its way to 484,000 by 2040. Neighboring communities including Parker, Castle Pines, Lone Tree and Sterling Ranch all expect to grow by leaps and bounds in the coming decades. The demographer’s office is projecting around 73,000 more housing units will be built in the county by 2040, mostly in urban areas like Castle Rock.

When it comes to residential construction, every corner of Castle Rock is seeing rooftops go up in nearly record numbers. About 1,400 residential permits were pulled in 2018, Detweiler said, the highest since before the Great Recession. The town is on pace to issue another 1,000 this year. Most of that comes in the form of single-family homes, something Detweiler attributes to Castle Rock’s popularity with young families and its relative value compared to other pockets of the metro area.

Kerri Miller and her husband, Matt, bought a house in Castle Rock two years ago, enticed away from Evergreen in part by cheaper housing, they said. Now they’re raising two kids in town, despite Matt facing a regular commute to the Henderson Mine in Empire.

“Castle Rock seems pretty family-oriented,” Kerri Miller said as the couple played with their kids last week in Festival Park on Wilcox Street. “There is always something going on. I love breweries and the parks. That’s really what we care about.”

Aside from oft-choked roadways in and out of town, Matt Miller doesn’t have any complaints about the town, which he feels is safe and full of approachable people. He did wonder if all the rapid growth was setting up a crash, but there is little sign of that right now, particularly downtown.

Just as investment in Philip S. Miller Park helped attract P3 and partners to Miller’s Landing, the town’s recent $7.5 million overhaul of Festival Park next to Town Hall coincided with the launch of a major project on Wilcox Street, the town’s main drag.

Golden-based Confluence Cos. is about a month away from wrapping up work on its two-building Riverwalk Castle Rock project. The $66 million development has brought 230 apartments, 15,000 square feet of retail space and co-working space to 115 Wilcox St. Eighty-eight of those apartments have been rented since going on the market April 1, Confluence principal Tony DeSimone said.

“That’s a pretty incredible leasing pace for us. We usually we do about 15 units in a month,” DeSimone said.

Confluence won’t wait long to make its next move. It owns a former liquor store and two emptied out auto service centers on the east side of Wilcox just south of Town Hall. The company plans to demolish those buildings this summer to make way for a 124-unit condo project that will bring more retail and a 600-space parking garage to downtown. (The town is pitching in $9.7 million toward the garage that will serve town employees and shoppers.)

The Riverwalk co-working space landed a high-profile tenant last week. P3 Advisors rented an office suite there. Miller’s Landing can be reached via a pedestrian path that goes under the highway.

There are plenty of potential hurdles to Castle Rock pulling off its transformation from quaint commuter town to primary employer magnet.

Littleton-based economist Patty Silverstein points out the town is not hooked into RTD’s mass-transit network. Lone Tree has snagged big-time companies like Charles Schwab and Kiewit Corp., in part thanks to its recently expanded light rail line.

A shift in public sentiment could also slam the brakes on growth, Silverstein said, pointing to a special election coming up next month in Lakewood that could cap residential construction there. Castle Rock has had its share of slow-growth push back. In 2016, former Mayor Paul Donahue and former councilmembers Mark Heath and Renee Valentine faced recalls because some residents felt they represented a growth-at-all-costs viewpoint. Those recalls ultimately failed.

Silverstein does feel Castle Rock has a lot to offer the right employers. There is available labor, housing and proximity to both Colorado Springs and the Denver Tech Center. I-25 is being widened south of town which could lessen traffic woes that weigh on other areas. The key is getting that first lease inked, Silverstein said.

“Companies tend to cluster,” she said. “It’s almost like you have to have things started to get people interested.” 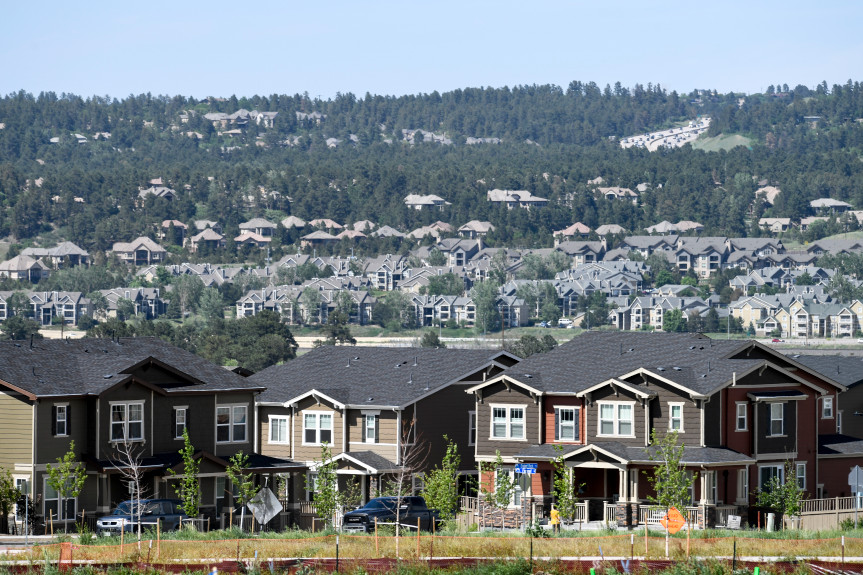 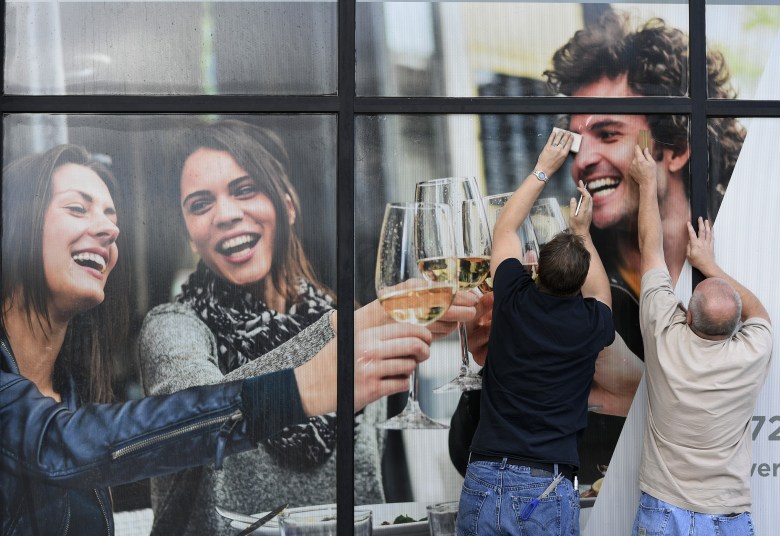 Want to get notified whenever we write about Castle Rock Chamber of Commerce ?

Sign-up Next time we write about Castle Rock Chamber of Commerce, we'll email you a link to the story. You may edit your settings or unsubscribe at any time.