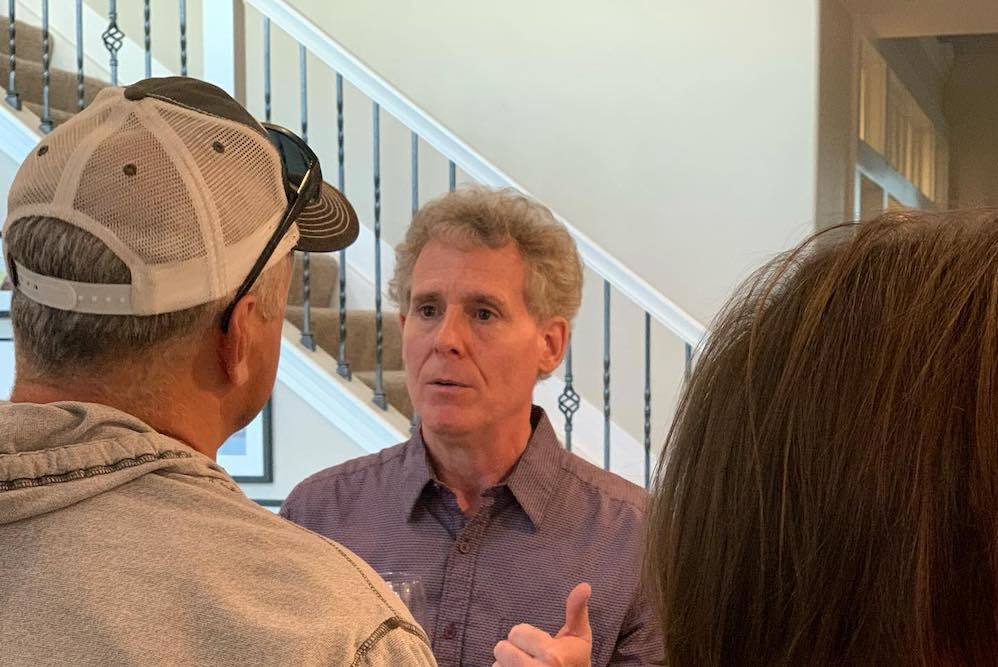 A mayoral candidate and current Broomfield City councilman who tried to block background checks for public officials has a previously undisclosed prostitution conviction on his record.

Councilmember Kevin Kreeger, who has been on the council since 2015, voted “no” on background checks for city officials when the issue was brought up at the end of Tuesday's City Council meeting.

The board was split on whether to continue the discussion so Broomfield Mayor Randy Ahrens said they would explore the issue further.

According to a background check on Kreeger, he was convicted on a prostitution-related charge in Chicago, Illinois in the mid-1990s. Kreeger, then a lab technician, was caught having sex with a prostitute at a location roughly half a mile from his apartment, according to Cook County criminal court records.

The arresting officer “observed [the] offender in the act of sexual intercourse with a known prostitute,” according to the arrest report. After Kreeger was read his Miranda rights, he admitted to paying the prostitute for sex and was charged with “patronizing a prostitute,” the report states. Kreeger waived a jury trial and ended up with six months of supervised probation, according to the documents.

Background checks for elected officials are a thorny issue in Colorado politics ever since the discovery of a state legislator with convictions for domestic violence almost exactly a year ago.

The discovery prompted demands for more transparency from candidates for public office.

“I'm a believer that people should disclose their things in their past,” former Democratic governor and current U.S. Senate candidate John Hickenlooper said at the time.

Councilmember Elizabeth Law-Evans originally brought about the request to discuss having a background check requirement for elected officials.

"At different times, each of us has met with youth or children," Law-Evans said at the meeting. "I myself have talked to scout groups or church groups."

"If I was a parent of a child or youth meeting with anyone from the city—a staff volunteer or elected official—I would want to make sure those people had been vetted appropriately," Law-Evans said. "My request is to have us consider going through background checks for each elected official, similar to those that rec volunteers go through."

Law-Evans said to the topic was important given the statistics on sexual predators in society.

"The statistics on sexual predation of children estimates that 1 in 10 children will be sexually abused by their 18th birthday," Law-Evans said. "I'm trying to make sure we do our due diligence as a community and not have anyone come in contact with children that haven't been properly vetted. It seems to me to be common sense."

Councilmember Guyleen Castriotta also did not agree with Law-Evans' request.

Want to get notified whenever we write about City of Broomfield, Co ?

Sign-up Next time we write about City of Broomfield, Co, we'll email you a link to the story. You may edit your settings or unsubscribe at any time.